At a ceremony held at the Budapest Castle today, the Governments of Hungary and the United States of America signed the Deeds of Conveyance for the exchange of ownership of several historic Budapest properties.

Peter Marton, CEO of the Hungarian Asset Management Company (MNV), signed the documents on behalf of the Government of Hungary, and M. Andre Goodfriend, Charge d’affaires, a.i. of the U.S. Embassy in Hungary signed on behalf of the United States of America.

This event was the culmination of many years of negotiations and work on behalf of the governments of Hungary and the United States of America to conclude a mutually-beneficial property transfer arrangement.  In September 2007, representatives of the two governments signed an agreement that laid out the responsibilities on the part of both governments to renovate and to maintain the buildings in question prior to the transfer.

In return for receiving these three historic properties, the Government of Hungary will convey the renovated properties at Szabadsag ter 10-11 to the United States of America.   These properties have been renovated under the leadership of the Hungarian National Asset Management Inc. (MNV), with DVM design Ltd., acting as the lead contractor for the project.

“This event today celebrates great cooperation between the governments of Hungary and the United States.  Both parties are receiving good value in this exchange, and we believe that this is a ‘win/win’ situation,” said M. Andre Goodfriend.  “Over the decades that we have owned and maintained this Tancsics Mihaly property and the other properties to be conveyed today, the United States has always appreciated our responsibility to maintain these buildings with respect for their historic and cultural importance.  As Americans, we appreciate the sacrifice of the Hungarian fighters for freedom in 1848 – we share the values that inspired them, the sense that individuals, separate from government, play an important role in shaping their society.  Their values have inspired us, too.  We have been honored to be the caretakers and stewards of this historic property, and we are pleased that these properties will be used by the Hungarian government for the benefit of the Hungarian people.  We look forward to continuing this legacy of responsible stewardship with our new property in Szabadsag ter.”

Ambassador Vince Szalay-Bobrovinczky, from the Ministry of Foreign Affairs, “I consider it symbolic that this property exchange has taken place with the government of the United States. The nation that does perhaps the most to promote the freedom and prosperity of other countries and nations returned to the Hungarians a property that can be linked to the ideal of freedom, while also symbolic Szabadsag ter – Freedom Square –  after the statue of President Ronald Reagan, will be enriched with yet another slice of America.  In addition to the relationship based on shared interest, the most important for Hungary remains the relationship based on shared values. This is a relationship with our friends and allies that is unshakable, and that we will always be ready to stand up for. We are assisted in these efforts by the ever closer economic ties, and the cooperation between Hungary and the United States.”

“Proving their skills, Hungarian experts renovated the buildings on Szabadsag ter in exceptionally good quality,” said Dr. Janos Fonagy, State Secretary of the Ministry of National Development.  “The high quality execution of the work and the related property exchange are the success of the Hungarian state too, because what made these events possible is the significant change in property policy in 2010, due to which the Government (of Hungary) now uses our national values and resources effectively, and adds to public property prudently – confirming over and over that the State can indeed be a good master.   As specified by the agreement, buildings of historical significance are returning to public property.   According to our plans, the properties will partly be utilized as public buildings, while we’ll make the Jozsef Barracks -- known as the Tancsics jail -- accessible for the visiting public.”

MNV CEO Peter Marton added, “It is always a pleasure for me when I can facilitate an addition to State property. Our pleasure is even greater when this increase in state property takes place in the area of our historical, cultural heritage – as is the case now.  Marton thanked his colleagues in MNV for their successful completion of the project. 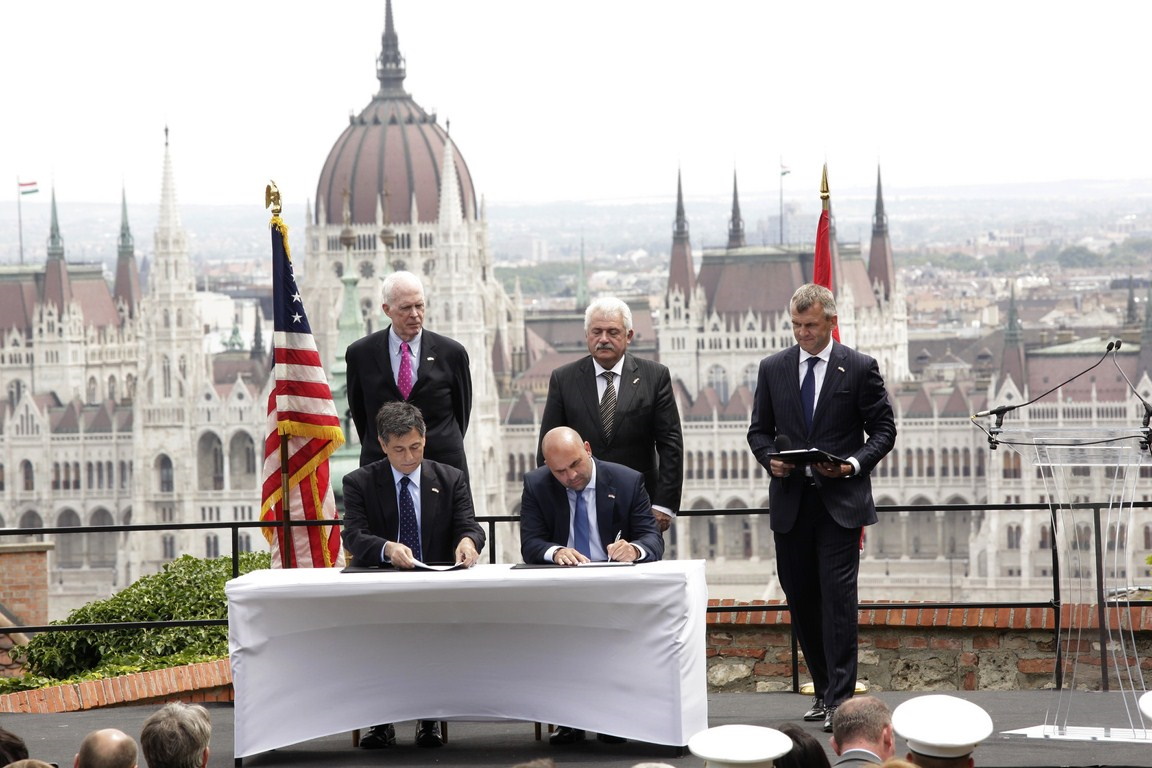